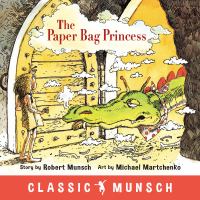 Search for related items by subject

Search for related items by series

Other Formats and Editions

View all formats and editions (2)

Robert Munsch was born in Pittsburgh, Pennsylvania on June 11, 1945. He received an undergraduate degree in history and a master's degree in anthropology. While studying to be a Jesuit priest, he worked part-time at an orphanage. He decided he liked working with children and left the Jesuits after 7 years to work in a daycare center. He studied for a year at the Elliot Pearson School of Child Studies at Tufts University. He ended up at a lab preschool at the University of Guelph in Guelph, Ontario and eventually became a Canadian citizen. While working at a daycare center and telling stories to children, he realized that storytelling was what he loved to do and eventually he started writing the stories down. His first published title was Mud Puddle. He has written over 50 books including Love You Forever, Mortimer, Angela's Airplane, Andrew's Loose Tooth, Stephanie's Ponytail, Moira's Birthday, and Put Me in a Book. (Bowker Author Biography)